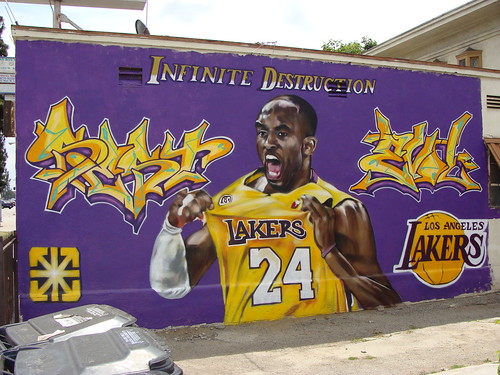 NBA playoffs is just around the corner and we all seem to have clear view of the team that will proceed to playoff tree except maybe of the last two spots in both East and West playoff picture. Boston may head as number one team in the East while there’s no question about the Spur’s spot on the West today. So, the biggest remaining question right now is about the MVP of this season.

Well I say it should go to Derrick Rose. Some basketball critics say the Bulls have a below-average offense, and that their team’s success roots from their coach’s Tom Thibodeau’s defensive strategies. My issue is that, why can’t people and sports critics and writers outside Chicago seem to have a hard time giving Derrick Rose a credit? Rose is the most important player on his team. Unlike Dwight Howard who has J. Nelson, Turkoglu, Arenas, Q. Richardson or LeBron James who has DWade, Bosch, Miller, and Bibby or Kobe Bryant who has Pau Gasol, Odom, Bynum and Fisher or Dirk Nowitzki who has J. Kidd, Terry, Butler, Durant who has Westbrook and Harden, Rose, for most of the season, don’t have the supporting cast in his team to help up for much of scoring load, yet they are winning big games. MVPship is not about offense and defense. It is about doing everything you need to do to get wins and climb up in the standings.

Some ridiculous fans say it should go to Kobe, because of all of his achievements. Well, I don’t think the MVP has anything to do with the achievements of the players in the past, because we are talking about the current season! MVP should go with the top 4 or 5 teams in the standings.

The Bulls at the start of the conference has no real threat on the paint as their starting power forward Carlos Boozer got hurt from a house injury and Center Joakim Noah had a hand surgery. Rose carried the load up, and Bulls had a record of 22 wins and 5 losses even without their two main big guys.
Now, Rose is at the top 10 of both scoring and assists this season, and he’s the only player to do it this season. Rose should be the MVP.