The benchwarmers and their value in a team 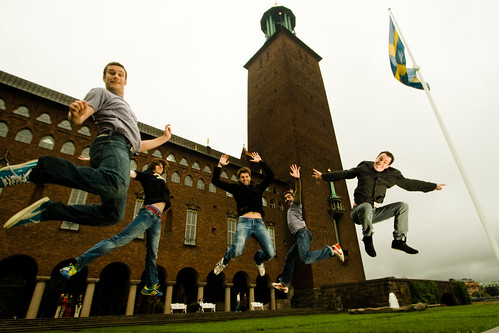 In every team sport, everyone desires to be in the starting line-up and to get as much playing time as possible. The length of a player’s stay inside the game is used as basis for that member’s value to the team. But in every group sport, each player has a role, even those that don’t get to the battlefield.

In team sports, there are the different positions that need to be filled up as per game mechanics. In the drafting of players, there are key players for each position, the ones that are relied on to win. There are also specialized players, the ones with specialty moves that are called to fulfill specific tasks in a game. Then there are the reserves, the ones being groomed to be future core player, either for a key or specific role. Though in game proper the reserves seem to have little participation, their function is very essential to the team.

Their first role is on teambuilding. During conditioning season where work-outs are most tough to handle, one’s commitment to the team and determination to win are put on the test. And during these times of trial, it’s the strong camaraderie among teammates that fuels the commitment and desire to win. Everyone, regardless of the points contribution to team statistics, play an important role in making the team one that the members want to be a part of.

Behind the scenes, the team reserves are given a big responsibility. The simple task of showing up in trainings is a large contribution on its own as it allows the team to complete the required number to hold scrimmages, which will keep each member in tiptop game condition. Attendance in practices makes it possible for the team to rehearse plays and strategies.

Pre-season, the reserve players are the hungry ones to elevate their game for more playing time. They are more fired up during practices, which challenges the core players to also up their game to secure their position in the team. The determination of reserve players also fuel up the veteran players. It is this that pushes the team to reach new heights together, as the weakest and the strongest members help each other out to improve the group performance.

As the season begins, the view from the bench gives reserves a good perspective of the dos and don’ts in the ballgame. This provides them an opportunity to analyze the performance and plays of those both their teammates and opponents. They can now share their insights to core players during break time or in preparation for next games. Pointing out areas for improvement becomes the role of the reserve.

The most valuable responsibility of benchwarmers is to make sure that the team spirit is continuously up from start to finish. Cheering from the bench and giving words of encouragement to key players on break are the biggest energy-booster, more effective than power bars or ionic water.

Benchwarmers are the team’s backbone. They do not get as much praises, but they are the ones who make the carriers of the team play well and look good in the court.